I once read an article about an expert on the subject of time management that was speaking to a group of business students. After speaking to them for a while, he said, “Okay, it’s time for a quiz.” He set a big jar on the table in front of him. Then he produced about a dozen big rocks and carefully placed them, one at a time, inside the jar. When the jar was filled to the top and no more rocks would fit inside, he asked, “Is this jar full?”

Then he reached under the table and pulled out a bucket of small gravel. 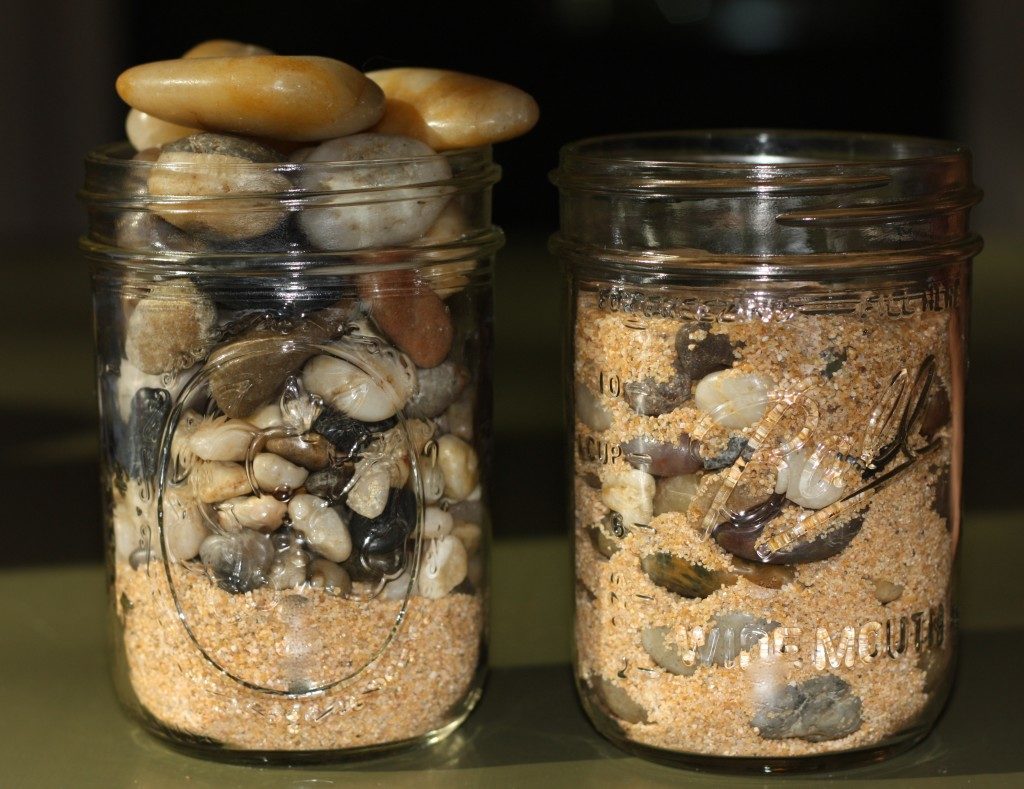 He dumped some gravel into the jar and shook it , causing pieces of gravel to work themselves down into the spaces between the big rocks. Then he added more and shook it and kept doing so until it was full. Then, he smiled and asked the group once more, “Is the jar full?”

“Probably not,” somebody said. “Good!” he replied. Next, he added sand and asked again.

“No!” the class shouted.  Then he grabbed a pitcher of water and began to pour it in until the jar was filled to the brim.

Then he looked back at the class and asked, “What is the point of this illustration?”

One of the people said, “The point is, no matter how full your schedule is, if you try really heard, you can always fit something more in!”

“Haha, no,” the speaker replied, “that’s not the point…The truth is illustration teaches us is this: If you don’t put the Big Rocks in first, you’ll never get them all in.”

Here in Glen Rose, we have Big Rocks City Park. The rocks are HUGE! They’re MASSIVE! Right now, when I drive by, I see them, and I think “There’s Big Rocks Park!” and that’s about it because I’ve driven by so many times. After some thought, we can all change that – We can instead think “What are the Big Rocks in my life right now? Am I making room for them? Do I have my priorities straight?”

Is your time with God among the priorities in your life? I’ve hard it said that the Lord gives us 10,080 minutes per week to live… and we have a hard time giving Him 60 of them to go to Church on Sundays. Some may even go to church for Sunday school so we give 120-180 minutes per week. I’m not knocking going to church, the author of Hebrews tells us we need to gather together. What if we made our worship time, our prayer time, our study time, our family, our missions, our ministry, and evangelism some of the big rocks? If we were to just give God 10% of the time He’s given us each week, that would be about 17 hours per week. Do you know what you could accomplish in 17 hours per week?

If you spent that time in the Word, in prayer, and serving in some type of ministry, you could be a catalyst for world change! But, if we all let the Big Rocks in our lives be the stress, the worry, television, Social Media, and other time wasters, we’re not growing in the way Jesus Christ would have us grow. We’re supposed to give Him our worries, our stresses, and our love, but it’s hard to do when we’re not building that type of relationship.

Will you commit to making some of the Big Rocks in your life for the Lord? Because you want to. Just like spending time with a person we love, we should want to spend time with the God we love!

Have a wonderful week! Blessings!

Be the first to comment on "Devotional: Big Rocks"