If you’d rather listen to this devotional, click play below:

John, a disciple of Jesus quoted Jesus saying this, “14 And as Moses lifted up the serpent in the wilderness, so must the Son of Man be lifted up, 15 that whoever believes in him may have eternal life. 16 “For God so loved the world, that he gave his only Son, that whoever believes in him should not perish but have eternal life. 17 For God did not send his Son into the world to condemn the world, but in order that the world might be saved through him.” (John 3:14-17)

If you’re not familiar with Moses, and the story of the serpents in the wilderness, let me summarize Numbers 21 for you. The Israelites were complaining again about Moses leading them into the wilderness “to die” again. They’d forgotten that it was their own sin that had them wandering around the wilderness instead of already living in the promised land (Israel). As a punishment, God sent poisonous serpents into the camps that were biting people and they were dying. Some say that these snake bites paralyzed them. Because of this, they couldn’t move. They were helpless. The poison would then mess up their insides enough that they may begin to bleed out.  That left them so that they were basically laying there unable to move, writhing in pain, and waiting on death – All from their own sins against God. They finally realized that they’d stopped trusting God, been disobedient over and over, and that there was absolutely nothing they could do to save themselves from the death awaiting them. So, they pleaded with Moses.

Moses prayed for them, and God tells him to make a serpent out of bronze, put it on a pole, and RAISE IT UP and the people could look at it and be healed.

Now, for today’s devotional – let’s make this applicable for today.

Every last one of us, according to the Apostle Paul, in his letter to the Ephesian Church, are dead in our transgressions and sins (Ephesians 2:1). We are like the Israelites. We are spiritually dead and dying a physical death. There is no hope for life. Nothing we can do will save us. Why? Because we have been disobedient to God. Every single one of us. None of us are without sin. There’s a litmus test that we can do: Have you ever stolen something? Big or small. It doesn’t matter. Even time from a job. Most answer “yes”. God says if we commit one sin, we’ve committed them all. So even one sin is bad. How about this one?.. have you ever told a lie? I know I have. More than I can count.  Guilty. How about committed adultery? Wait a minute though.. Jesus said that whoever looks at a woman (or man) with lust commits adultery in their heart. Most of us are guilty there too. Am I right? So, everyone of us has fallen short of God’s glory. None of us are perfect. In comparison to a holy, just, and righteous God, none of us are “good”.

So where does that leave us? 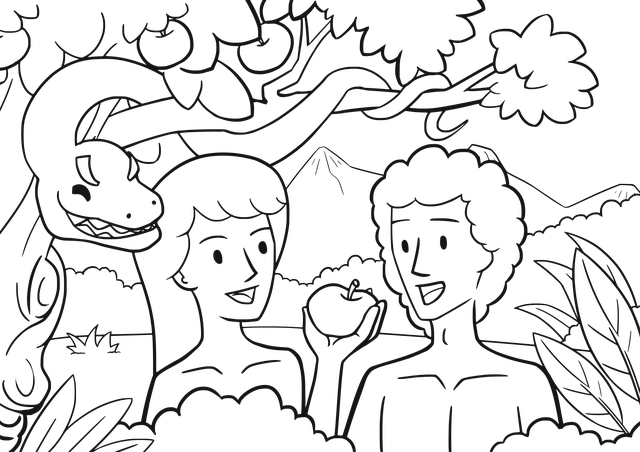 In the beginning God told Adam and Eve if they disobeyed Him, they’d surely die. The penalty for sin was setup in the beginning, and is the same today, that penalty is death. The Apostle Paul (I love that guy) said “The wages of sin is death, but the free gift of God is eternal life in Christ Jesus our Lord.” (Romans 6:23). So, if the wages of sin is death, we are certainly just like the Israelites in their sin. We are dying… an eternal death. We need the curse lifted up. We need forgiveness. So, “as Moses lifted up the serpent in the wilderness, so must the Son of Man be lifted up, 15 that whoever believes in him may have eternal life.”  (John 3:14-15)

The Israelites needed to have faith that simply looking at the bronze serpent would save them – God has been teaching humankind about faith from the beginning. Now, it’s simple – We need to have faith that putting our trust, believing in Jesus, the Christ, the Son of the Living God, will give us eternal life, 16 “For God so loved the world, that he gave his only Son, that whoever believes in him should not perish but have eternal life.” (John 3:16). Just like the Israelites looked in faith upon the bronze serpent, so must we look upon Jesus in faith and put our trust in Him.

Jesus, described in the first chapter of John as “The Word”, God in flesh, came here to the earth He created, lived a perfectly obedient life without sin. As predicted/prophesied hundreds of years before by Isaiah, Jesus wasn’t recognized. He was beaten. He was mocked. He was hung on a cross and killed. And, here’s the most awesome thing – by HIS stripes, we are healed! By his blood, we are forgiven! By our belief that he truly is the Messiah, come to save us, we are reconciled to our Father in heaven! 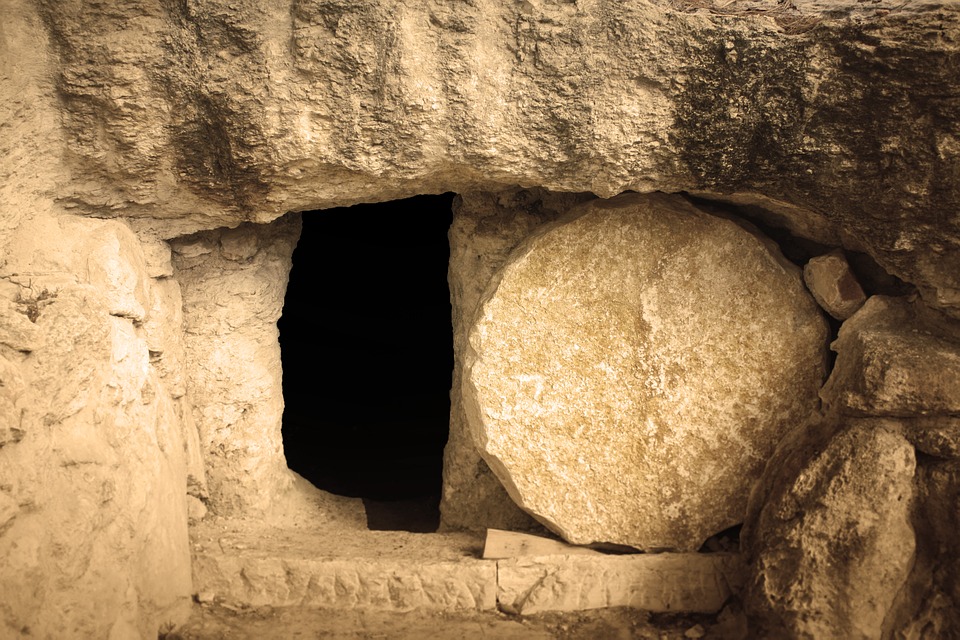 Did Jesus stay in that grave like so many other so-called messiahs before and after Him? NO! Just like he said he would do, he rose from that tomb 3 days later! Read about the truth of The Resurrection of Jesus by clicking this. Pretty cool huh?

Here’s my prayer for this devotion:  If someone out there doesn’t know Jesus as their Lord and Savior, that they’d determine they no longer want to be “dead men walking”, but raised to a new life in Christ Jesus. If this is you, I’m not the preacher that’s going to make it easy – But it is simple. As a matter of fact, I make it difficult because I believe Jesus did. We read about thousands walking away from him because what he taught was difficult. Repentance isn’t easy. It’s tough to change our mind about our sins. We don’t wanna. But, we must change our mindset toward our sins. Trusting Jesus isn’t simpy a get-out-of-hell free card. It’s a free gift that Jesus offers you. But, it comes at the cost of dying to yourself. Taking up your cross and following Him daily. Trusting that He has the best plan for your life. Trying to be obedient to his commands that all root in “Love God” and “Love People” (we will fail, but we repent, and keep going). That’s tough! If it’s you, make sure you “count the cost” (Luke 14:25-34). I want to say again, Salvation is a free gift from God. You can’t earn it. You can’t work your way into heaven. You’re dead in your trespasses. But, once you have trusted Jesus, it’s important to start living your life for Him and allowing the Spirit to produce fruit through you. You can fool others, you can fool us preachers, you might even fool yourself, but you cannot fool Jesus when you stand before him on Judgement Day.

Confess your sins to the Lord. Repent (change your mind about them – that they are not good or okay and God will wink at them). Put your trust in Him as your Savior (Look at Him to be what heals you, what forgives you, what leads you). When you’ve accepted Christ, he will be your living water, a spring that never stops feeding your thirst, you will change your mind to things of His kingdom. He will send His Holy Spirit to comfort you. You will be made new. You will begin producing Good Fruit (Galatians 5:22-23) and will inherit the kingdom,  instead of Bad Fruit (Galatians 5:19-21) and will not inherit the kingdom. We all still fail, but I pray we’re like King David, a great King in the Old Testament, known to be a “man after God’s own heart”, and we truly repent and seek His forgiveness! Praying for you now!

If you are a believer, are you sharing this GOOD news in every way possible?! Don’t hide your candle under a basket! Let the light shine! Be salt and light!

Be the first to comment on "Serpents Lifted Up?!"